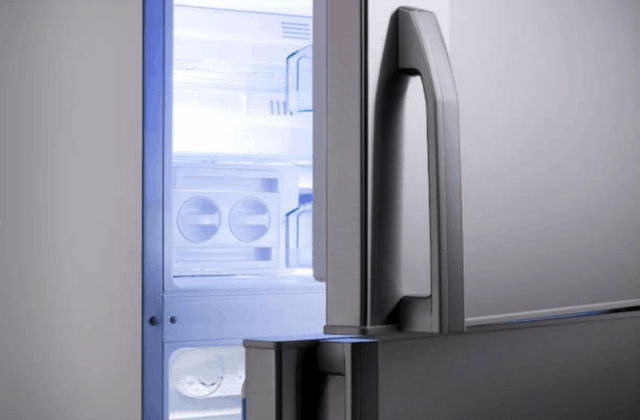 Loud noises coming out of a refrigerator is one of our most popular service calls. That means our repairmen know exactly how to troubleshoot the problem and fix it. Call Houston Appliance Repair NOW today! The #1 Houston refrigerator repair service.

A loud refrigerator is the worst. If the refrigerator in your kitchen seems to be a little noisier than usual there are a few simple place that you can look at while attempting to find the answer. There are many fans on a standard refrigerator that might create strange sounds. The appliance could also not be level too. Or you could have a compressor that’s wearing out. If your refrigerator is a lot noisier when the ice maker is working, the noises might be from a broken a water valve.

If it is not any of these basic and common fixes, it’s time to dive on in. The majority of the time, the refrigerator fans are the reason for a refrigerator that’s loud. There are fan blades that will often get dirty and clogged. Often times the fan motors do as well. There is a condenser fan and an evaporator on the refrigerator too. Sometimes the condenser fan will get a coating of dust on it and then should be cleaned regularly. If it builds up and gets too heavy it will sometimes wear out the bearings inside of the fan’s motor.

The first thing to do is unplug the refrigerator. The condenser fan is usually located in the rear of the refrigerator. Most of the time you will need to have a wrench or screwdriver to get the back panel off. As soon as it is exposed you’ll notice a fan in there. If it is covered in dust and dirt, grab a cloth and gently clean it off. While you are in there check the coils too. These are typically right there and will be covered in the same dust and grime that the fan is. Wiping down the coils only takes a few minutes and it will certainly help the refrigerator run more efficiently. This is a common problem that can cause a refrigerator to run non-stop.

Spin the fan blades in the refrigerator. Do they spin easily? If they don’t it means the fan motor bearings are not working. This is an easy repair, as the fan assembly is typically a component that can be purchased online and can be replaced by just disconnecting it. But, before attempting any of this, be sure the refrigerator isn’t plugged in. Do this same process for the evaporator fan, which is located behind the freezer unit. This isn’t typically the problem, as this particular fan is protected by being within the walls of the refrigerator. But, when the noises are coming from the top of the appliance that’s the area to look.

If you think it might be the compressor, the large, typically black or gray object beneath the refrigerator near the coils, we suggest calling Houston Appliance Repair NOW. That isn’t a repair a homeowner should attempt.